While adding fresh limestone, the mixture of limestone, by-product and water is recirculated from the absorber collector to the spraying blocks. In the spray nozzles, the slurry is sprayed into droplets with a defined diameter. As they fall back into the recycling tank, the droplets remove acid substances from the flue gas—SO2 and SO3. Flue gases enter into the absorber tank from the bottom and rise. The droplets fall from the top down. Thus, the physical principle of the cleaning process is based on a counter-current flow

The chemical reaction during which SO2, is removed takes place in an oxidising atmosphere where the gypsum crystallises. In the process of SO2 elimination, flue gases are cooled down in the absorber and saturated with water from the recirculated slurry up to the adiabatic saturation temperature. The water loss is compensated by process water. In order to optimise water consumption in the absorber, the process water is used to clean the droplet separator in the upper part of the absorber.

The captured SO2 reacts with limestone in the slurry to form sulphite, which is subsequently oxidised using oxidation air in the recycling tank (in the bottom part of the absorber) to form sulphate. This step is followed by gypsum crystallisation from a supersaturated solution.

The period of retention in the absorber allows for the formation of gypsum crystals (CaSO4 x 2H2O). The slurry removed from the absorber is pumped over to hydrocyclones for gypsum dewatering, where concentrated gypsum slurry is formed. The concentrated slurry is subsequently transferred to a band filter. This is where the slurry is dewatered. Using a system of conveyors, the gypsum is transported to the desired storage place. 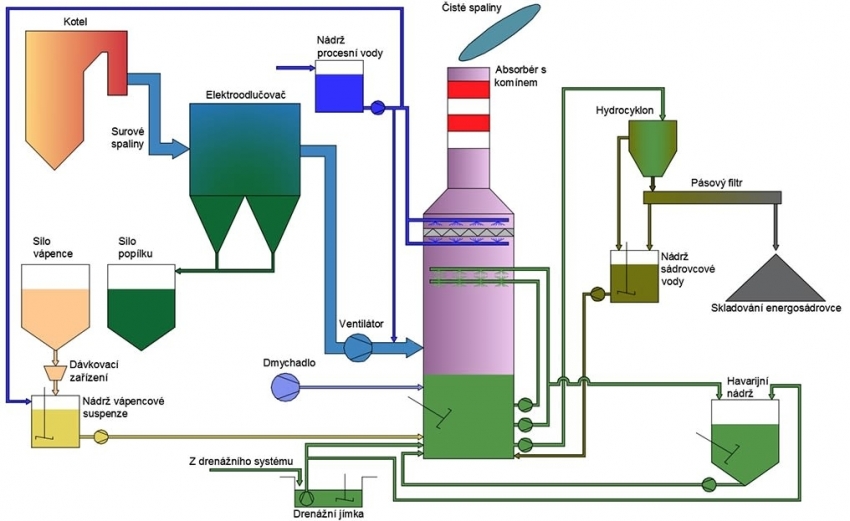 The cleaned flue gases coming out of the scrubbing part of the absorber pass through the droplet separator in which floating droplets are captured. This obtained liquid subsequently returns to the absorber. Pure flue gases saturated with water vapour are then channelled to a wet chimney and released into the atmosphere. The wet chimney may be incorporated either in the absorber or stand-alone.

Given that this method works with a flue gas temperature below the dew point, it is necessary to use suitable materials (stainless steel, plastic, laminate,…), throughout the technology and/or apply anti-corrosion protection (anti-corrosion screeds, rubber coating).

The resulting desulphurisation process can be described by the main chemical reaction between calcium carbonate and oxygen in the presence of water. 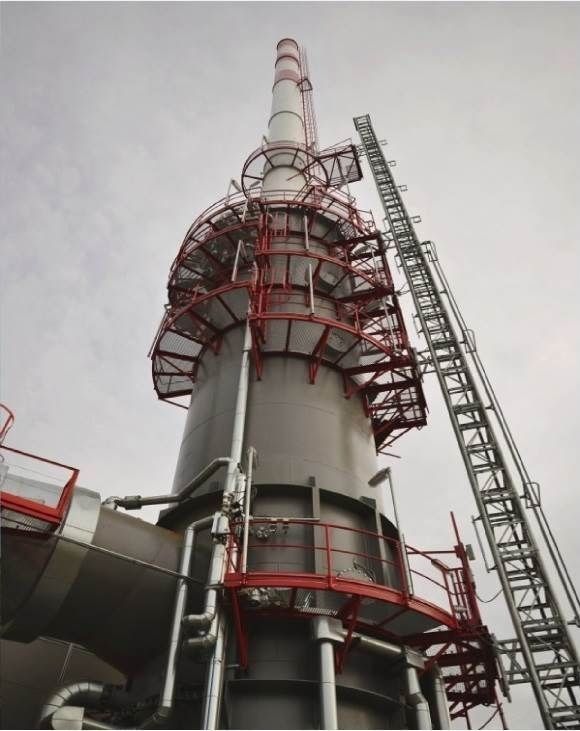 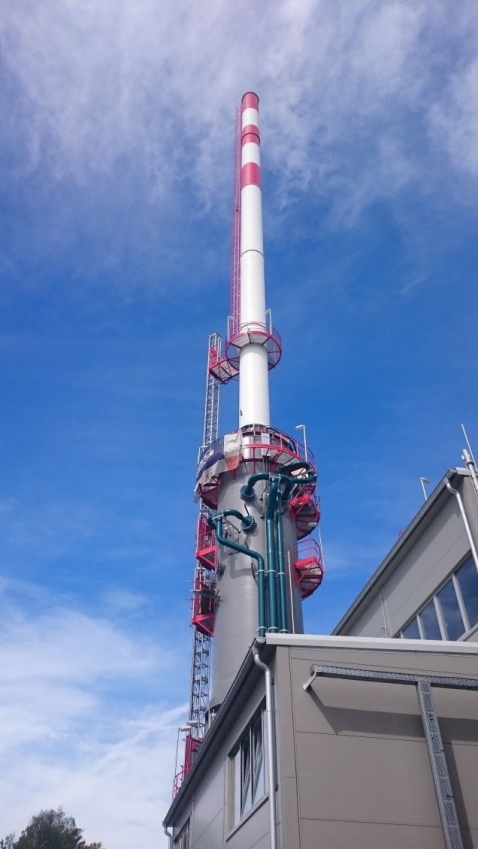 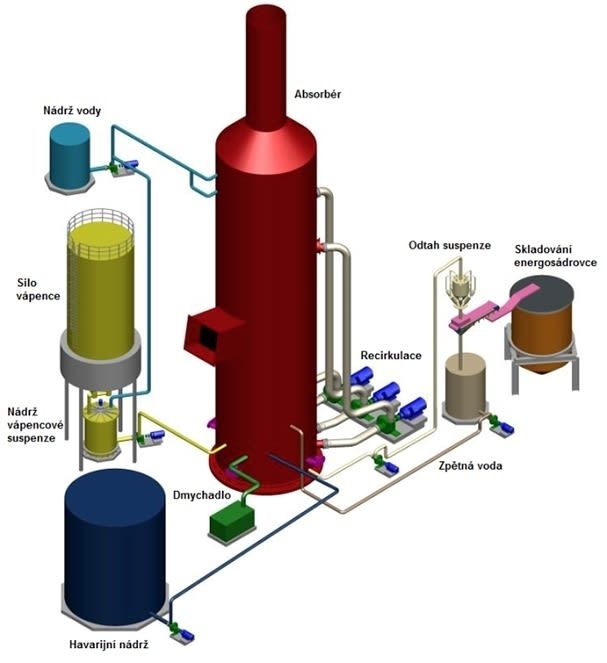 This desulphurisation product can be utilised in many ways: 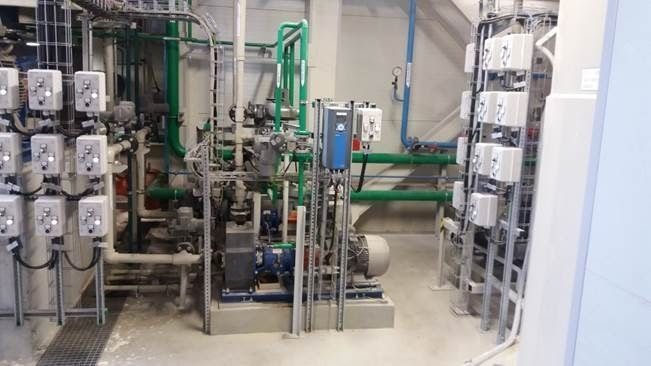 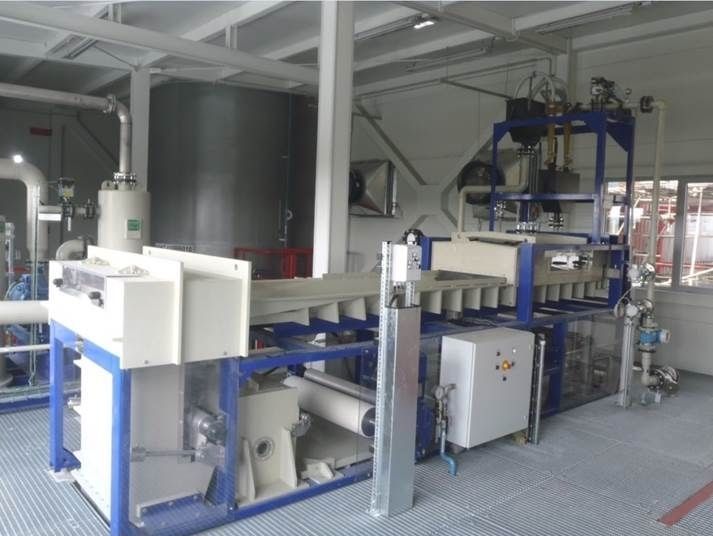 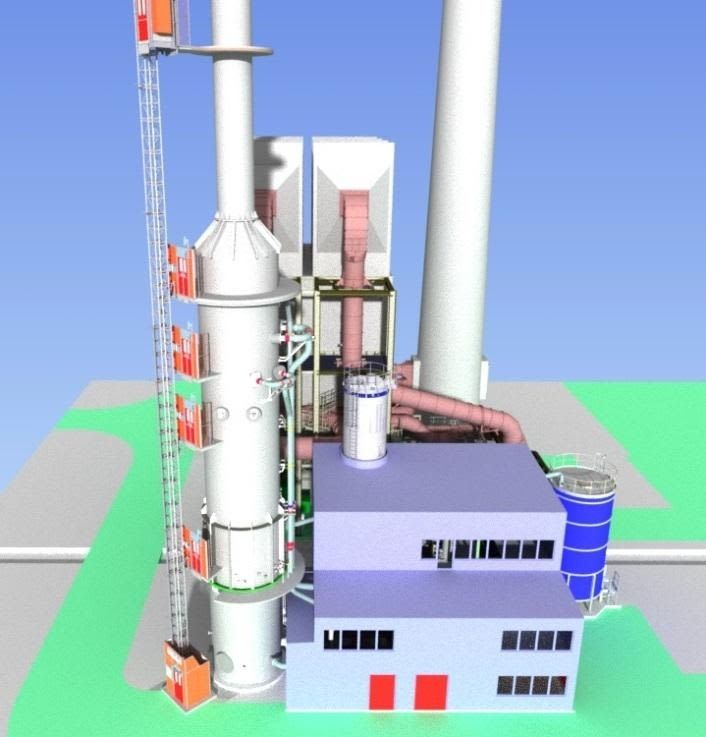 Advantages of the method